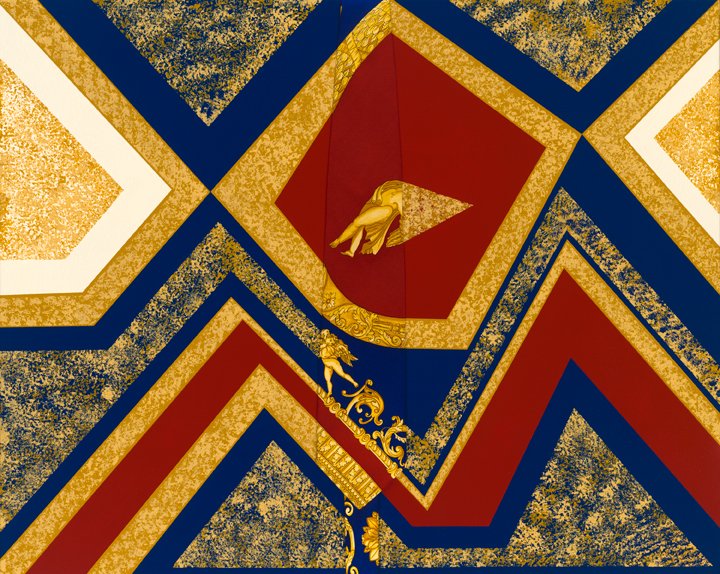 Versace Tie Art is a unique concept whereby the designs of Gianni Versace are brought to life on canvas by Ft. Worth artist Greg Brown.

Each tie is pre-death, which means it was created by Gianni Versace before his untimely murder in 1997 at the age of 50. And with the passage of time, these ties are becoming more scarce. All of these paintings are truly one-of-a-kind.

Greg worked in the original downtown Neiman Marcus store in Dallas from 1993-2001 as the Men's Versace Specialist and in 2007 had the idea to "paint" with several of his Versace ties which he still had.

After much trial-and-error, Greg has perfected the art of blending the tie into a canvas so they become "one." Greg sketches and paints a design on a 1.5"gallery-wrapped canvas and eventually wraps the tie around the canvas and attaches it with glue. For better or worse, there's no turning back after it's glued together.

Greg's Versace Tie Art has been featured in the American Airlines' Admirals Clubs and are in many private collections. He is represented by the Ivantiques Gallery in Jerusalem and the Galerie Beaute du Matin Calme in Paris. In the USA he is represented by Art on the Boulevard in Ft. Worth.